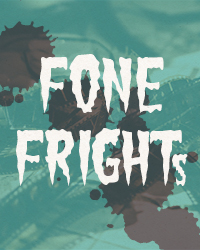 Trick or treat! We have four frightening films for you to watch for free on demand any time Halloween weekend!

Available for viewing on a computer, tablet, smartphone, or internet-connected TV any time between 12 midnight October 30 and 11:59 pm October 31.

Dial “M” for Murder (1954) | 105 minutes | Rated PG Directed by Alfred Hitchcock Starring: Ray Milland, Grace Kelly, Robert Cummings, John Williams In Alfred Hitchcock’s first colour film, an ex-professional tennis player plots to have his wife killed after he learns that she had an affair. His intricate scheme fails, and he scrambles to stay one step ahead of the police.

Phone Booth (2002) | 81 minutes | Rated R Directed by Joel Schumacher Starring: Colin Farrell, Forest Whitaker, Katie Holmes, Radha Mitchell, Kiefer Sutherland A young publicist picks up a ringing phone in a booth on a busy street in New York to find a killer on the line. The caller gives him a choice- either face up to the lies he has woven his life around, or be killed on the spot.

Sorry, Wrong Number (1948) | 89 minutes | Rated "Approved" Directed by Anatole Litvak Starring: Barbara Stanwyck and Burt Lancaster Adapted by Lucille Fletcher from her 1943 radio play (called “the greatest single radio script ever written,” by Orson Welles), a house-bound woman overhears a phone conversation about a plot to commit murder. She attempts to unravel the truth behind the call, and gradually discovers that her own life is in peril!

Registered participants will be sent an email on the evening of Friday, October 29 with login credentials and instructions for accessing the videos.

Please note: If you register online for this event, the automatically generated reply that you receive from our ticketing system will NOT contain login credentials or instructions for accessing the video. That information will be sent to your email address the afternoon of Friday, October 29.

Buy To This Event Directions